Claws are an important part of a cat’s physical self and it will use them for almost everything it does.

This includes self-protection whether it’s indoors or outdoors.

Keeping this in mind, there are situations where a cat can lose its claws. You might even end up saying, “My cat has come home with no claws!”

A cat can lose its claws because of an injury. This can include clawing at another animal or hurting it while digging or grabbing something. The best strategy is to wait for the claw to regrow as long as there’s no underlying infection.

It’s important to note, this does happen often. Cats can sometimes forget to reel in their aggression and this creates situations where the cat loses its claws.

Here is a look at some of the reasons a cat can lose its claws and what to do about it. 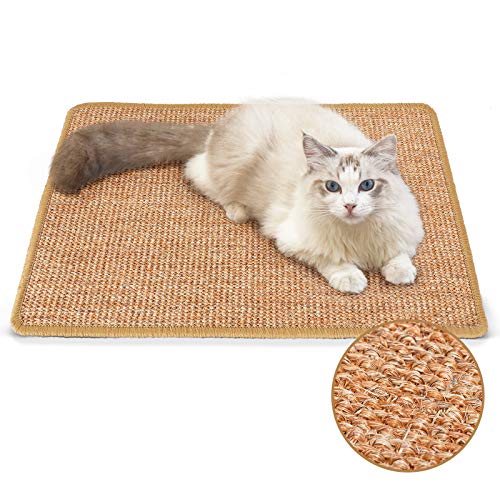 Reasons Cat Can Lose Its Claws

The number one reason for a cat’s claws getting ripped out has to do with injuries.

This can include getting into a fight with the neighbor’s cat while claiming territory. When cats fight, they can lose sight of personal safety to the point of doing everything to take their foe down.

This is an instinct that allows them to survive and thrive in their environment. Unfortunately, this doesn’t always keep the cat’s claws safe and leads to serious injury. This includes the cat’s claws being torn off.

If your cat lost a claw in a fight then it’s important to let it heal. Most cats are going to have their claws regrow as long as there is no underlying infection to deal with. Just look for the infection and then let it recover.

Most cats will not feel a lot of pain in the area and they will recover on their own. A good example would be a human’s fingernail getting hurt. It might pinch a bit but it will recover over time.

This is a reason that is far more serious and has to be treated with a lot of care.

The claw is not going to grow back until the infection is corrected. This includes speaking to a vet to diagnose the condition and make sure appropriate treatment is used to get rid of the infection.

If a cat claw is ripped out and bleeding then infection is a possibility. You will want to clean the blood and wrap the paw to make sure it is protected. This is a must or the cat is going to hurt it again and spread the infection.

How To Help Cat That Lost Its Claws

If a cat has a broken claw but it’s not bleeding then this will be a much easier issue to deal with. Your goal will be to simply let it heal on its own.

However, there are situations where the cat’s broken claws will be bleeding. This can include the paw bleeding due to the missing cat claws.

It’s important to look at the paw in detail to see what condition it’s in.

This is the only way to know for sure what’s going on with the cat’s paws before its condition worsens. If the cat’s claws were torn out, you will want to wrap it up and let it heal.

The last thing you want to do is aggravate the cat’s paws.

This can happen when you are trying to touch it and/or take a look at what happened. Make sure you are methodical and careful while inspecting a cat’s missing claws.

The goal is to check for infection and make sure to get rid of the bleeding. As soon as you do this, it’s important not to keep touching the paws.

This is the most important thing a person can do.

Cat’s claws will regrow, so it is a matter of giving it a bit of time. Just wait a few months and the cat’s claws will be back to how they were before the incident.

Even if it was a clean break, the claws will grow back.

My cat has come home with no claws!

If a cat comes home with no claws, it likely got injured due to a fight. This is common in cats that spend a lot of time around other animals. The claws will regrow over the coming weeks and months as long as they are allowed to heal.

Make sure to get rid of the blood and clear up the paw before wrapping it up. Some cats won’t need wrapping because they won’t exhibit discomfort. In this case, it’s okay to let them walk around on the paw in its existing condition.