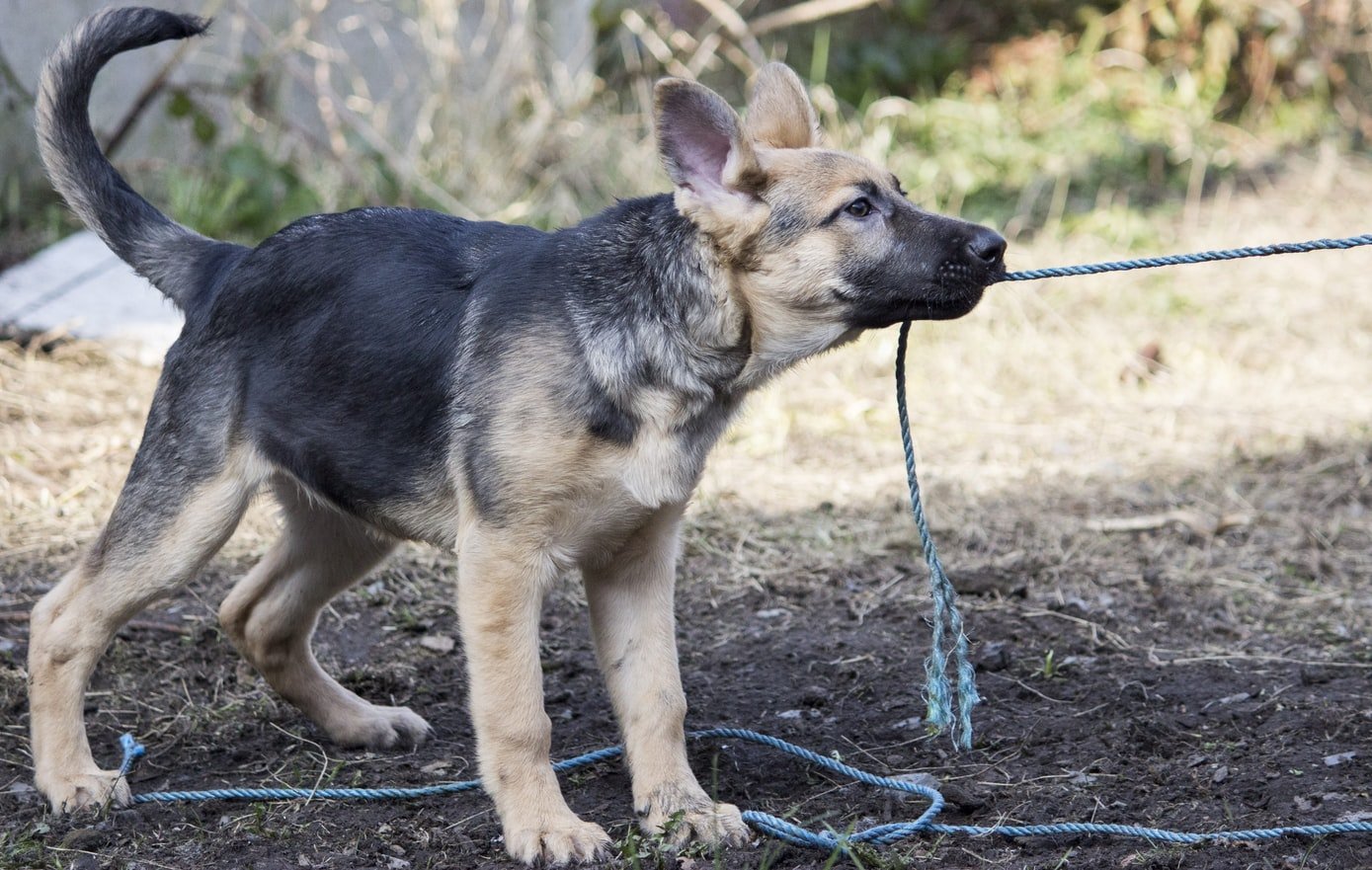 Playing tug of war with your dog can be a lot of fun.

It also makes you wonder why the dog is behaving the way it is. Some dogs are not as relaxed as you would assume during the game. This can include you asking, why does a dog growl when playing tug of war?

Dogs can growl when playing tug of war out of excitement. The game taps into their predatory instinct and welcomes aggression, which is common in the wild when hunting prey. This same instinct is displayed when the dog plays tug of war.

If your dog is growling when playing tug of war, there is nothing to worry about. This is a common reaction and it is something most dogs will do from time to time.

Some dogs are more relaxed when it comes to playing tug of war, while there are others that will be into it. You will quickly learn where your dog is on the spectrum when it comes to aggression.

This article will take a look at why a dog may growl when it plays tug of war. 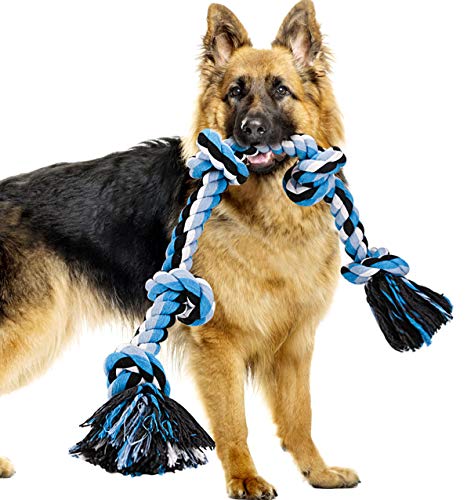 Reasons A Dog Growls When Playing Tug of War

The main reason for a dog growling when playing has to do with its predatory instinct.

When dogs are pulling on a rope, they are mimicking the idea of hunting prey. They will grab onto the rope and want to yank it out of your hands.

While doing this, it is going to kick their predatory instinct into high-gear. This will be different for each dog and some are not going to be as aggressive while others are going to start growling all over the place.

Both reactions are normal and nothing to fret about!

You have a dog that is excited to play tug of war and this is their way of letting you know. They are just trying to put in a bit of effort and that can come through growling along the way.

When a dog is excited, they are going to be running around and jumping.

For some dogs, playing tug of war is the highlight of their day. It is a game that intrigues and excites them because it taps into their predatory instinct as a hunting animal.

They will want to hunt and this is something that will allow them to get a taste without going after a living organism.

Dogs that are in a state of excitement will do all sorts of things including zoomies, growling, barking, and/or whining.

In this excitement, the dog is going to start growling.

If your dog starts growling when it is playing tug of war then it might just be out of excitement. It might be your dog’s way of letting you know that it is having a lot of fun!

You will even start noticing the dog’s tail wagging.

This is something people forget but the dog is going to take the game seriously.

This means the dog will want to take the rope out of your hands with all of its force. Some dogs are going to put in a lot of effort and that is going to require them to growl along the way.

Since you are going to be using a lot of strength, this can make it harder for the dog to yank the rope away. Due to this, the dog will get more and more aggressive.

Dogs are known for getting into the game when it comes to tug of war. This can lead to a noticeable increase in effort on their part.

As a result, you are going to hear the dog start barking and growling.

This is common because a dog is going to want to put as much effort into the game as possible. It is just their way of reacting to a task such as this.

1. Does Playing Tug Of War With Dogs Make Them Aggressive?

Playing tug of war does not make dogs aggressive. However, if the dog already has a guarding and/or aggression-related problem then it might be best to avoid a game such as this. It might elevate their aggression and lead to injury.

2. Is It Ok If My Dog Growls When Playing?

There is nothing wrong with a dog growling when playing. This is a common sign of effort, excitement, and/or mimicking its predatory instinct. Dogs will often behave like this with each other during a play session because it comes naturally to them.

Why does a dog growl when playing tug of war?

Playing tug of war will cause a dog to growl and it is just out of excitement. They will be displaying effort while pulling and this will cause their natural instinct to kick in.

Here’s more on dogs – bringing a dog to school, feeding a dog from your hand, giving hydrogen peroxide to a dog, and reasons for dog growling all of a sudden.