Cats are known for being particular about their surroundings and interactions. This includes other cats, pets, and/or humans that are in their environment. Even indoor cats will have these issues depending on their temperament as a pet. This is why you may ask, why do cats not like their paws touched?

Cats do not like their paws touched because this is a sensitive part of their body. Receptors in the paw cause the cat to notice changes in temperature, pressure, and/or pain. This is why any sudden touch is not going to be enjoyed by the cat at all.

Some cats are willing to tolerate it with humans they trust but it’s not as common as one may think.

Cat owners will often wonder “Why do cats not like their paws touched?” when they notice the cat get antsy as soon as their paws are touched or wiped. This is common and there is nothing to be alarmed about.

It is just a natural reaction to something that is uncomfortable for the cat.

Cats do not want their paws to be held or touched because it doesn’t feel good. This is what makes them particular animals because they don’t always like tolerating physical contact when they don’t want it.

For those asking “Why do cats not like their paws touched?” this guide will touch on some of the main reasons a cat won’t want its paws held or touched. 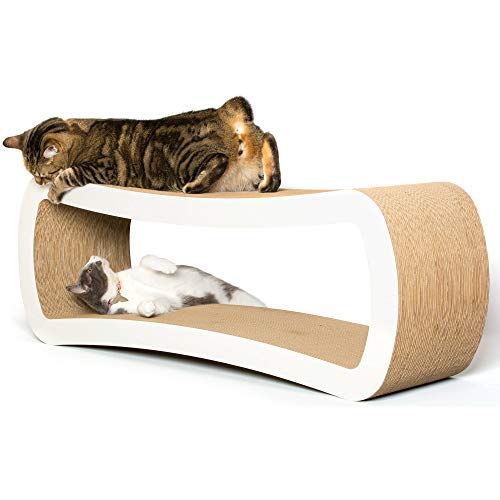 It all starts with the receptors in the cat’s paws.

These receptors are designed to make the paws more sensitive to the environment. Cats will often lick their paws for this reason to make sure they are in prime condition.

While this is useful in some situations, it is not as pleasant when you randomly hold their paws. A lot of cats have sensitive paws that are reactive to this type of contact and it doesn’t feel good. For example, if your hands are cold, the cat is going to feel that temperature change immediately.

When asking “Why do cats not like their paws touched?” you have to look at it from the cat’s point of view. They are just not going to want those receptors to flare up.

The pain receptors also pick up on general pressure and even subtle changes will be noticed by the cat.

When asking “Why do cats not like their paws touched?” you have to look at your particular cat too.

This means some cats are gentle and don’t mind any type of contact. You could grab them and do whatever you want without the cat making a fuss.

However, there are other cats that just don’t want any type of physical contact and are going to keep their distance as much as possible.

Some cats just don’t have the temperament to tolerate this type of contact and that is why they get upset when you touch their paws.

Both types of behavior are normal and it comes down to the cat’s temperament.

Cats that want to be around you are going to be more than happy with their paws being touched. They might not like it for too long, but they will trust you.

While there are others that are just not going to have that sort of patience.

You will have to account for your relationship with the cat.

Is the cat trusting of you? Do they want to be around you during the day? Cats that trust you don’t mind having their paws held for short periods.

This is something they will get used to because they understand your presence and that you are not a threat. The same doesn’t apply to other humans and they might lash out.

Cats are renowned for taking their time building trust and this can be seen through a wide array of signs including not wanting to be around people.

This lack of trust is something to account for when asking “Why do cats not like their paws touched?”

If a cat doesn’t trust you, the idea of holding its paws is off-limits. The same applies to those who want to hold the cat in their arms!

1. Why Don’t Cats Let You Touch Their Belly?

Cats don’t let you touch their belly because it is a sensitive part of their body. This area can start to flare up due to the nerves that are present there. This can cause the cat to feel pain and/or discomfort due to unwanted contact.

A cat’s paws are sensitive and a gentle massage can make it feel better. They put a tremendous amount of stress on their paws throughout the day and this can provide short-term relief.

Cats don’t like their paws to be touched or held because of the pain receptors in them. These receptors flare up quickly causing the cat to feel uneasy.

Here is more on cats – reasons cats like to be held, analyzing the scent of catnip, reasons cats stay in front of you, and how to take semi feral cats to different places.