What season do birds fly south?

Most migratory birds fly south during the late summer-early autumn period to avoid colder weather, potential snowstorms, and/or a lack of resources.

There is a specific path taken by most birds that is often termed as an “bird airway” among professionals. This airway is a route that is followed by migratory birds as they start heading towards warmer pastures for the winter months before returning again in the spring.

When asking “What season do birds fly south?” it’s important to think about the reasons. This can tell you a lot about when migratory birds start heading out of the area for warmer spots. As listed above, the goal is to find more food and make sure they are not trapped in cold weather.

With this in mind, most birds will migrate before the winter months arrive.

This means they will do their own thing and decide based on when they feel it’s time.

Here is a look at answering the question “What season do birds fly south?” while also determining what causes birds to migrate as the warmer season winds down. 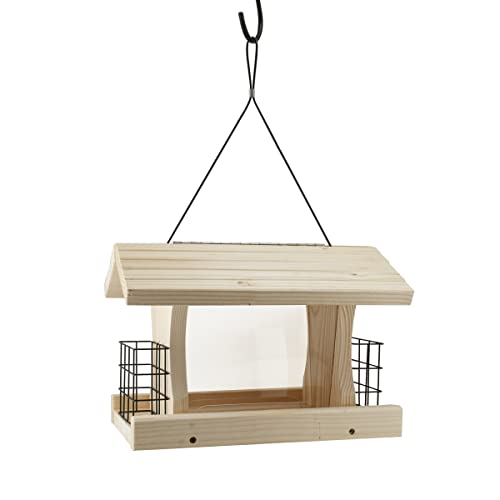 Reasons For Why Birds Migrate

Migratory birds will often migrate because they’re in search of better conditions.

Imagine certain birds settling in for the winter when it’s freezing cold. It will leave them in a horrible spot with no way out even if their feathers provide reasonable warmth.

Most birds don’t want to go through something like this and prefer consistent resources that can be found when they migrate.

It’s important to note birds don’t have a set address, so they are not stuck to one spot. They simply want to lead healthy lives and that means heading for safer pastures before winter rolls along and ruins their habitat for 4-6 months in certain areas.

Experts Say...
Birds will often migrate because it starts getting too cold and that is simply unsuitable for their body and will lead to death.

For those asking “What season do birds fly south?” it’s all about leading healthy lives and that’s something migratory birds are firm about.

They know it’s time to leave and that’s what they do.

There is a natural instinct to do this and that is what they follow to a tee. Once they feel winter is coming, they start departing slowly.

2. Lack of Food and Shelter

Birds need an ample amount of food and shelter to stay safe.

If they are not getting the necessary resources to stay safe, why will they remain in the same spot? They prefer heading out and looking for warmer pastures.

This has a lot to do with food and shelter.

When it’s cold outside, food resources deplete rapidly and that’s something humans realize too. While humans can import food, birds don’t have that option so they migrate.

When it’s cold in a region, the food becomes scarce. Everything freezes over and it becomes difficult to stay healthy for birds especially those with babies.

As a result, most will migrate when it is still warm.

In some places, the trees start to lose their leaves for the winter, which means it becomes difficult to build a safe nest. This is a major reason for migratory birds to naturally head out.

The cold weather is one thing, but it’s also the inconsistency during the colder months.

It is sometimes cold and on other days its a full-out blizzard. Of course, this depends on where you reside, but winters are generally the most inconsistent periods for birds.

It’s not easy for them to adjust, so they have naturally developed a migration schedule. This allows them to travel to where they need to go without compromising their health and/or dealing with bad weather.

What season do birds fly south?

Birds prefer to fly south as soon as it starts getting brisk outside, which happens sometime during the end of summer and middle of fall.

Some birds will linger around until the end of fall or just before it. However, this is rare as most birds do head out well in advance to avoid any issues during their migration to another place.

Remember, they also have to go through a difficult migration process just to get to a warmer place. It is not always easy to survive those travels.

Here is more on birds in their natural habitat – having birds in the garden, baby birds eating at night, mother birds leaving eggs behind, and protecting a bird feeder.