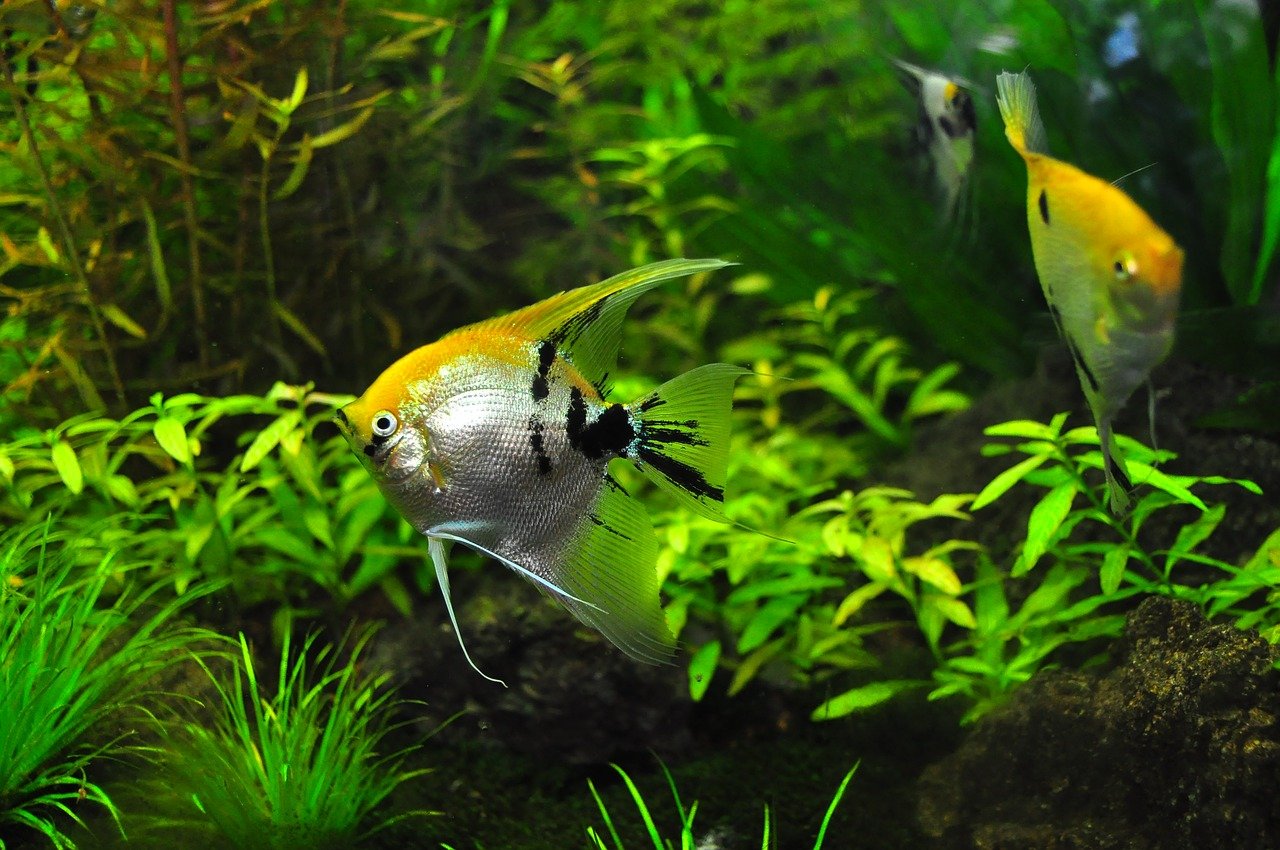 What do moss balls eat?

Moss balls do not require food to survive and will get by on standard photosynthesis. However, it’s recommended to optimize their living conditions to ensure the growth is stable and efficient.

When your moss balls aren’t getting enough food through their environment, it can lead to browning and/or other related physical changes. It’s best to act as soon as this happens and ensure the moss balls don’t decay and die out.

The signs can include:

While moss balls are resilient and can grow quickly, it’s still important to keep tabs on them as much as possible.

This will ensure the moss balls add value to your fish tank and continue to grow as intended. All it takes is a few adjustments to your aquarium and they will flourish.

This guide is going to help answer the question, “What do moss balls eat?” by taking a look at how to care for them and how to improve their living conditions.

Tips on How To Feed Moss Balls in Fish Tank

Direct sunlight is not a good thing for your moss balls and can do quite a bit of damage.

The first sign you are going to see of too much sunlight is going to come through natural browning. This is going to happen in small patches but it’s going to become noticeable after a while.

Browning is not a good sign and it shows your moss balls are getting too much sunlight for their own good!

This is why it’s recommended to pay attention to how much sunlight is getting to the moss balls during the day. If it’s too much, you should move the fish tank away from where the sunlight is.

Yes, sunlight is not the worst thing for your moss balls, but it has to come in moderation.

Remember, moss balls are resilient and aren’t going to need a lot to make their own food. As long as you are giving them a healthy and vibrant place to reside, they are going to do well over the long haul.

This is essential as you are figuring out how to optimize living conditions for your moss balls in the fish tank.

For those asking “What do moss balls eat?”, it’s important to think about small touches that can go a long way.

One of those touches would be something as simple as a bit of aquarium salt. Yes, aquarium salt (just a sprinkle!) is going to get the job done in terms of improving your moss ball’s growth rate.

Aquarium salt adds to the water quality and will help boost the moss ball’s ability to generate food for itself.

Aquarium salt is noted for providing a 10+% boost in growth for moss balls as long as a small amount is added to the fish tank.

This is a powerful addition that is often recommended by experts.

Please note, you don’t want to get carried away with something like this, Just a little bit of aquarium salt is going to get the job done and will provide the boost you are after.

This is key for anyone that is asking “What do moss balls eat?”

Moss balls are going to be living underwater as all living organisms in an aquarium, which means the water quality will play a major role in their health.

If you are asking “What do moss balls eat?”, it’s important to think about the water quality.

In general, you want to stabilize the water quality and make sure to change it as often as possible. Now, this doesn’t mean you start changing the water daily! That’s too much and won’t offer enough value to the moss balls or any other living organism in your aquarium.

Instead, you want to change it bi-weekly to reap the rewards of a stable ecosystem.

Water changes every two weeks will offer great value to the moss balls in your fish tank making them healthier and easier to manage.

Changing the water at least every 2-3 weeks is a game-changer.

It’s going to allow the moss balls an opportunity to flourish and that cannot go unnoticed as a fish tank owner. You have to use moss balls the right way and this is how to do it properly.

If you want to feed your moss balls and keep them healthy, it’s time to look at regular water changes.

Tip #4: Add Movement to the Water

Is there enough movement in your aquarium?

Still water isn’t good for moss balls and will cause them to decay. In the best case scneario, your moss balls will refuse to grow and are going to stay the same.

This means you have to find a way to add movement to the aquarium’s water.

The best way to do this is with an air pump. This is going to create currents in the water and get it moving the way you want.

“What do moss balls eat?”

Moss balls are tough when it comes to growing in all sorts of conditions. Things have to go horribly wrong for them not to grow as intended.

This means you should make small tweaks throughout the year to their living environment. This is more than enough to create sustainable growth that’s perfect for your aquarium.

Here’s more on how to take care of your aquarium and moss balls – how to detect and remove white fungus in an aquarium, how to add snails to an aquarium, choosing the right moss for your aquarium, and tips for attaching moss to rocks.